March is about to come in with it’s traditional “Like a lion” self, at least in the Portland area. I’m done with this crappy rain. I haven’t blogged in a while, because I’ve been too busy toweling off 3 soaking wet, muddy dogs. Just kidding.

I had an interesting first half of the year with my Ironman training. I traveled to Phoenix for a triathlon camp and to train on the Ironman Arizona course. Two days into the 5 day trip, I was sick in bed with a high fever, sinus infection, and what ultimately morphed into Pneumonia. Needless to say, I spent the balance of the trip in bed with the curtains drawn. Sadly, Jeff also had the same illness. We were completely pathetic. The flight home was a painful blur, as was the next two weeks.

In June I had Endoscopic sinus surgery and a Septoplasty, to open up the passageways in my sinuses that were too small to function properly. After a lifetime of chronic sinus infections, it finally dawned on me to go to a specialist. 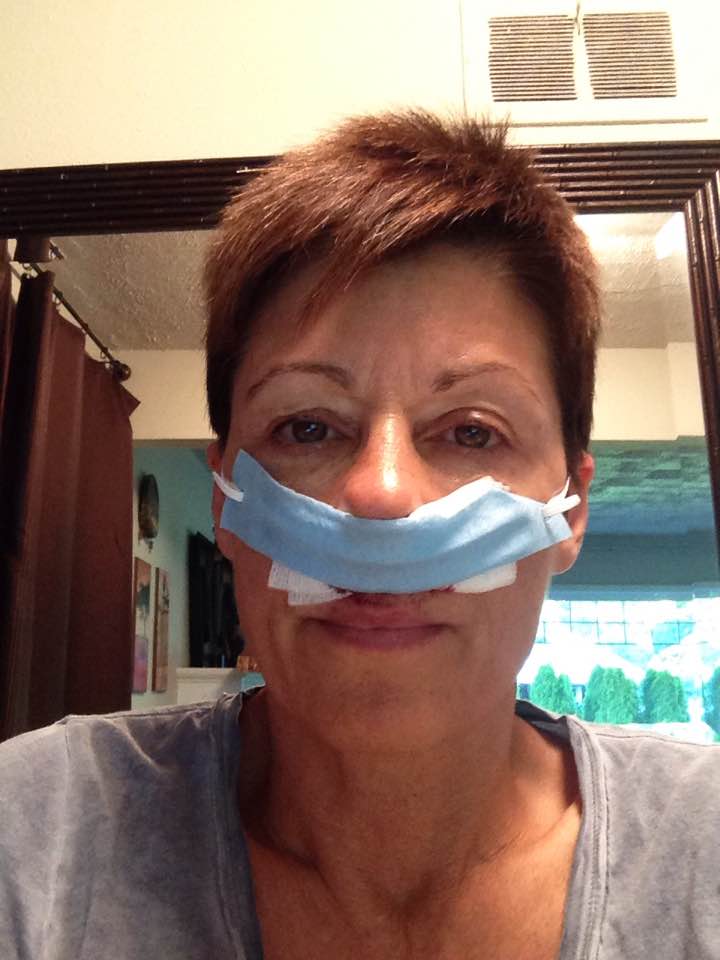 The surgery went well, and after a week I was able to start moderately working out. (I never told my Dr that I ran an 8k race less than 1 week post surgery-shhh)

Summer went well and I started catching up on training. I became a first time grandmother! I felt great, and competed in the Mighty Hampton’s Olympic Triathlon. The swim was crowded, and made for a slower time than usual, but I finished the race 2nd in my age group! The next day, at my house in Montauk, I held a garage sale. Feeling elated at my previous day’s success, and reveling in the visit with my daughter, son in law, and grand daughter, I made a monumentally stupid decision to hop on a balance board.

I barely set my foot on it, when it shot out from under me, and down I went….right onto my wrist. Crunch. I don’t think there is a word in any dictionary or thesaurus that quite captures the pain I felt in the immediate moments following the crunch, or the several hours later, as the swelling increased.

I was alone outside, as Jeff was taking a nap (HE NEVER NAPS, but if you have ever been to Montauk, you know EVERYONE naps there) Dede and Evan were packing up the baby paraphernalia and planned on leaving within minutes. I was laying flat out on the ground.

I struggled to get up, and the pain shot through me so severely that halfway into a standing position, I fainted. Right down on the ground. I came to, stood up and tried to walk, and went down a second time. After that, I crawled up the front stairs, and managed to fall against the front door. (Did I? or did I open the door? I don’t remember) Next thing I knew, I was sitting on the entry bench holding my arm and Dede came running over. “Mom, are you ok?” Me-I couldn’t muster up more than a whisper: “I don’t know. It hurts. It hurst so bad” I was hyperventilating, and getting ready to pass out again and Dede put my head down between my knees. She looked at my wrist, against my will. (I was afraid to see it or show it to her, because if I saw it, the reality of the break would be revealed) She went to wake up Jeff and tell him what happened, and he bolted up. “SHE WHAT?” Dede- “I think she broke her wrist.”

IN the car we went- on our way to the closest Urgent care which was 15 miles away. I had ice on it by now, but the pain was intolerable, and I went into shock. The first Urgent Care didn’t have an Xray or doctor on sight, so we had to drive all the way to Southhampton Hospital, which was 32 miles away. In Sunday afternoon traffic. (New Yorkers will know what that means)

The wait in ER was unbearable, and I finally got put on a cot and left in a hallway. The Physician’s Assistant said “Oh yeah that’s a pretty good break you got there.” (Nice guy) And then he left me alone again.  Another 45 more minutes on the cot, I finally demanded something for the pain. The PA brought me 2 Tylenol. By now, my sweet, courteous demeanor had gone all to Hell and I screamed at him, “I don’t have a fucking hangnail! I need something much stronger than this for God’s sake.” I got 2 Percocet STAT.

Once the Xray and CT scan were taken, the break confirmed, they sent me on my way with a prescription and the advice to get back to Oregon asap,to get a follow up, because I probably needed surgery. 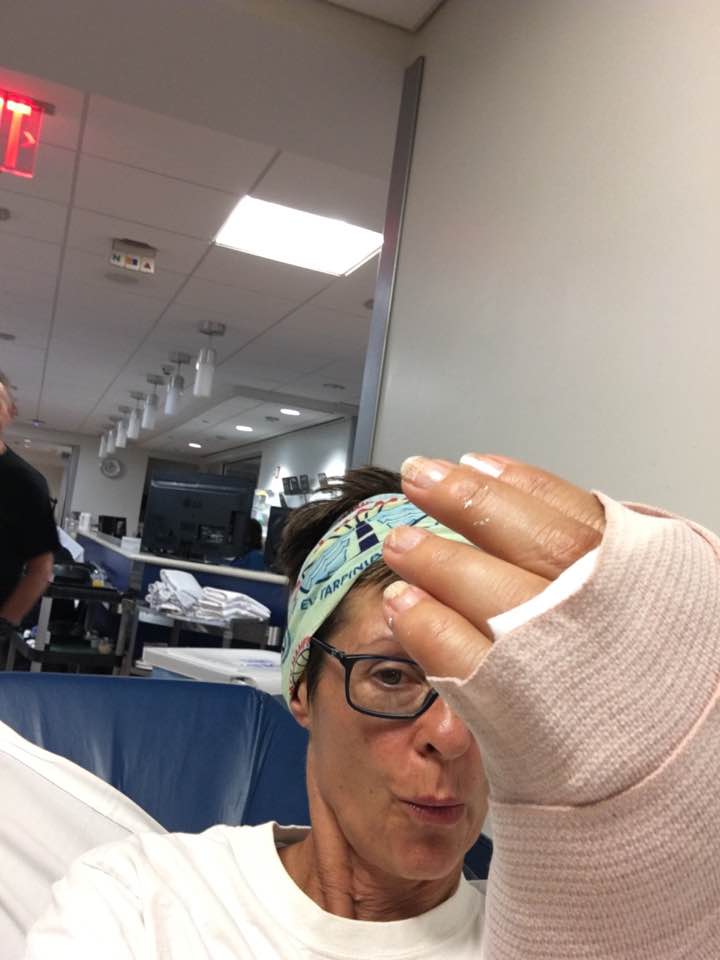 My vacation was cut short, and I flew home two days later, high as a kite. The next 5 weeks I had a cast, and learned all about how much we really do need both arms, wrists, and thumbs.

I did everything I could to continue my Ironman training. I swam with a waterproof cover, I rode my bike trainer, and I ran as best as I could. 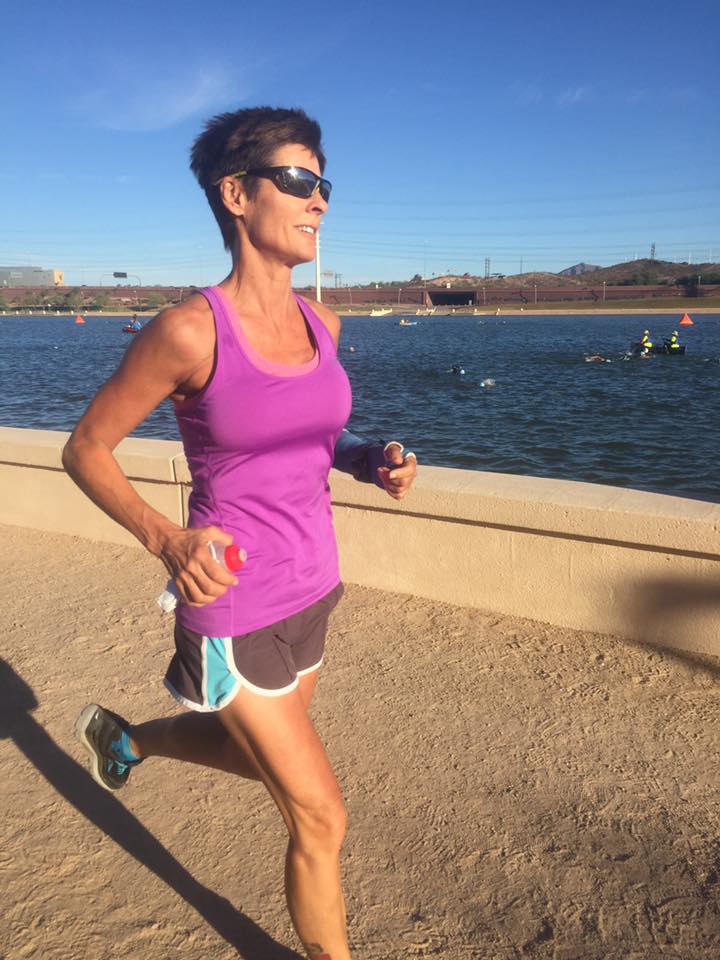 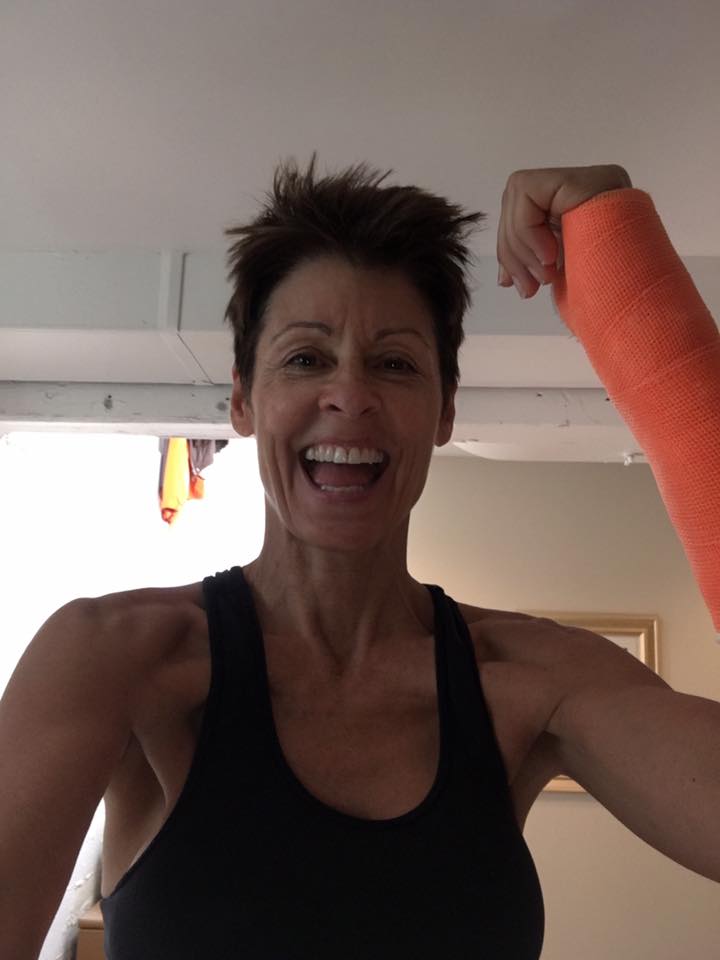 The cast came off 2 weeks before my scheduled race, and after going for a terrifying outdoor bike ride, I made the difficult decision not to do IMAZ. I had no control over the bike, was completely off balance, and it wouldn’t be safe for me or the other participants if I tried to do that race.

Ironman is one of those goals that consumes your life for 6+ months. Once the training starts, it is a 7 day a week commitment. To have to bow out, for any reason can be devastating. It is easy to tell someone “There will be another one.” “You did the right things” “You’ll get over it.” But if you have never had this experience, you can’t know how it affects you. I didn’t realize how it would affect me until I found myself in a dark depression for several weeks. I finally pulled out of it just before Christmas, and started working out again, trying to gain back the muscle balance and strength that I lost while in the cast. Things were going well…….until I got sick with another sinus infection. BAM. Down again for a week.

There are many reasons that 2016 is a year to celebrate. I raced twice and got 2 triathlon podium spots, I became a grandmother for the first time, I got to see all of my out of state children several times, my Real Estate and athlete coaching businesses continued to grow, and I have the most perfect life partner I could ask for. BUT, I was pretty damned happy to say goodbye to the OTHER things that 2016 brought. 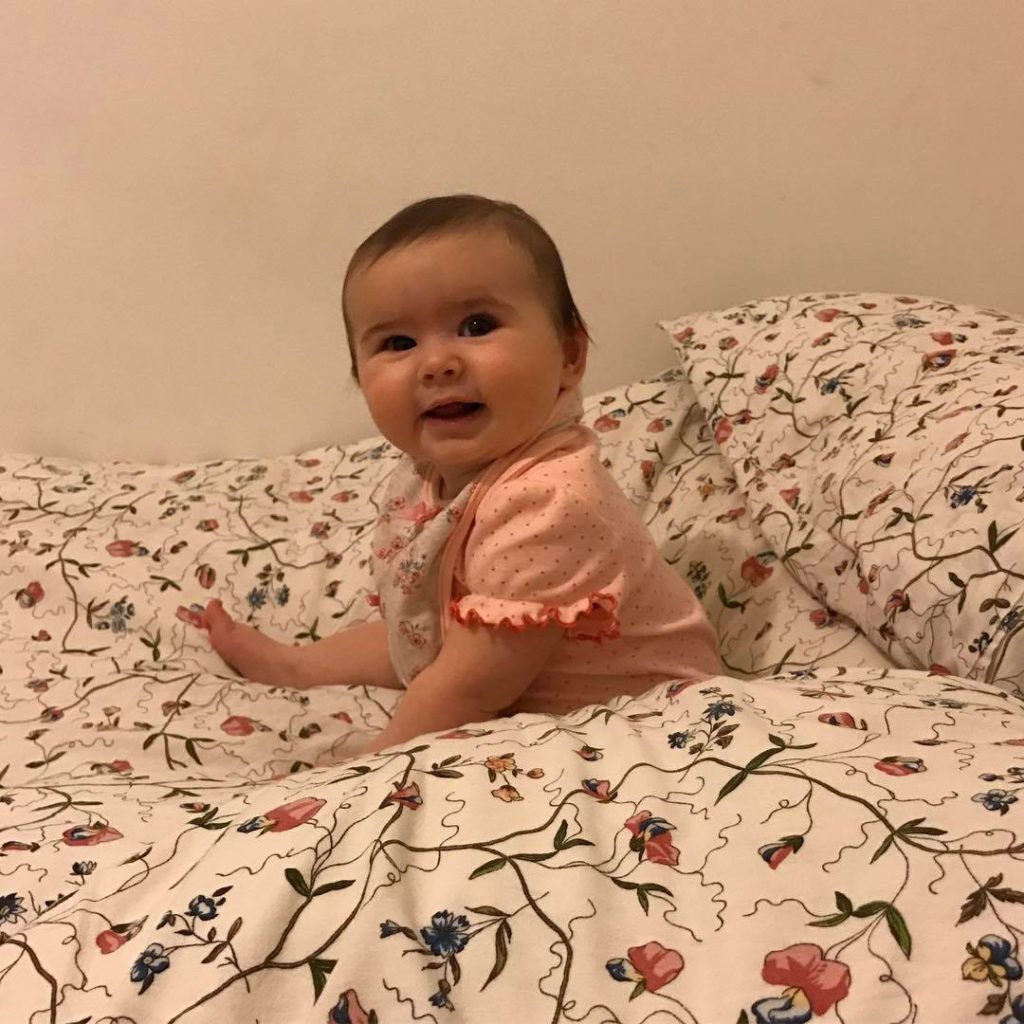 I’ll update you on this year soon. Life for me is one big fat, “second childhood” adventure, and I’m glad to share it with you. When you find yourself running in muck, tighten your shoe laces, and keep going. What other choice do you have?